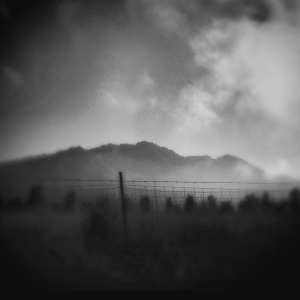 This one goes up to 11!  There’s now a bonus album in William Ryan Fritch‘s subscription series, and it’s being made available to the general public as well.  Music For Film Vol. I is a selection of 30 tracks from Fritch’s vast selection of work for films short and long, and it flies by in just over an hour.  While most tracks are brief, many under a minute (to make space for the longer ones), each packs a powerful punch.

Short films have been getting more notice as of late, with three collections of Oscar-nominated shorts (live action, animated, documentary) making the rounds online and on demand.  The short film score has yet to catch up.  This is more a factor of time than quality, as many short scores are far better than their brethren.  Their largest advantage is that they seldom need to repeat themes.  Their largest disadvantage is that they tend to get lost in the shuffle.  Fritch has contributed to both.  Perhaps his greatest score to date is The Waiting Room, one of the best scores of 2012; this was followed by The Old Believers in 2013 and The Sum of Its Parts in 2014, both part of the subscription series.  But as we’re now learning, there’s plenty more where those came from.

The best way to play the album is straight through.  Fritch has a signature sound – cavalcades of instrumentation, heavy on strings, crisp mastering, a sense of forward propulsion.  Put simply, his productions are thick with sound.  This makes the album flow well as a whole; while it doesn’t suggest any particular type of film, commercial or installation, it’s clearly not a horror film, nor is it depressing in any way.  Even “A Common Sadness” is not very sad.  At times sprightly, at times meditative, the set is better defined by its romantic nature, never more apparent than on “Processional”, a tune Fritch wrote for his own wedding.  Fritch’s music is a confident hug, a warm coat on a winter’s day, a soft cloth on a light wound.

As for highlights, it’s difficult to choose.  “Processional” is the best piece on here, but of course the inspiration was huge as well.  Even without the liner notes, one can tell that it’s a wedding piece; one can imagine the string players in the foyer as the bride approaches.  “Silent River” possesses a similar timbre at first, although it grows darker as it progresses.  The swirling strings of “Distance” stand out, as do the glockenspiel of “Split” and the piano line of “A Fading Light”.  Then there’s the soft vox and organ tones of “Emergent”, which we are guessing is not the theme song of an upcoming “Divergent” installment – but wouldn’t that be cool?.  Just go ahead and buy the album ~ it’s all good!  (Richard Allen)

The full album stream is below ~ thank you to Lost Tribe Sound and William Ryan Fritch for the privilege!