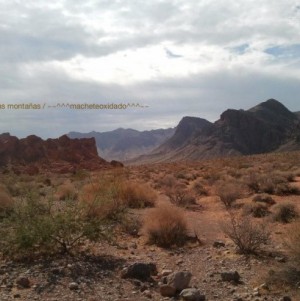 Viento De Las Montañas sends us to a long lost island. The precise location remains a mystery, but the palms of the forest glisten with raindrops and the birds cry out as part of the scheduled dawn chorus. A new species of tone lies in wait, its red-blooded body deluged in the rain of sound. In the distance, a threat of thunder echoes, puncturing the lead-heavy sky. A harmonica can be heard, coming from far away. Its soaked sound of reverb is a constant during rainy season.

Viento De Las Montañas is an imaginative album that takes you on a long journey. Along the way, we pass ambient shrines that should be held in great reverence, and a wind occasionally rustles through a patch of guitar-led song. A reverberating voice is then consumed by a deeper drone, pushing it out of the record. And all the while the rain saturates the music and then dissolves into the record.

Dry-walled caves hide a tapestry of sound. Always abundant, the tones have that after-the-rain clarity as they sit in the still air. A mysterious voice starts to sing; a clear figure lies up ahead. It plays the timeless song of a lush land in a foreign and sensual language that evokes a certain place and time. It’s a strange deja-vu of a calling; you were always supposed to follow this path. The hooded figure is made out of air, wind and water, and a harmonica lies against its transparent leg, occupying the place of a silver dagger. It’s elemental ambient music that likes to move at a slow, reflective pace.

The world of Viento De Las Montañas is open and vast. You will want to explore it all; leave no stone unturned. It isn’t possible to explore it all in one listen…this trek will take some time. Bells tinkle and the tips of the giant trees sway. Crows regurgitate their harsh cries against the soft, paddling drone. It isn’t a spooky place, but the glassy, easily damaged drones carry a sense of vulnerability. A prerecorded drum oozes out from an old outpost. With five minutes to go, you can hear something roaring in the distance. Jaws that are gigantic in size make the creature, whatever it is, a perfect inhabitant for Jurassic World. That wind comes to lazily push the splintered wood and the broken pylon of a temporary enclosure. It is a mystical place that isn’t without its danger; a world where the music of nature never stops, and the lizards scurry over the ground. (James Catchpole)