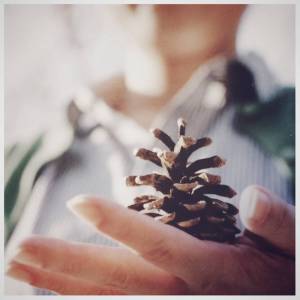 Our readers love winter music.  How do we know?  Our list of The 25 Best Winter Albums of All Time is also our site’s most-read post of all time.  Our yearly updates continue to collect the best winter music, regardless of genre.  This year’s travels take us from Lake Erie to the heights of Nepal, from the beauty of falling snow to the danger of a mountain storm.  Some albums invite us to play; others warn us to stay inside.  In this list, polar opposites converge.

2017 was a great year for winter music; the irony is that much of it was released in summer.  Now that the season is finally here, we’re ready to unveil the complete set.  And now it’s time to put on your parkas as A Closer Listen presents The Year’s Best Winter Music!

Note: these albums are listed in suggested listening order, from slow to fast, soft to loud, still to active.

Norihito Suda ~ Light Snowfall (Fluid Audio)
Accompanied by a series of stunning photographs, Light Snowfall is designed to reflect the beauty of the season.  The tracks are long ~ one over twenty minutes, none less than ten ~ and teach us that we are in for the long haul.  But they also speak of patience and pleasant surrender.  The cold months are upon us, but we need not fear.  Instead, we might welcome the slowing of the year as an alternative to the rapid tempo of our daily lives.

poemme ~ Soft Ice (Polar Seas)
One of 2017’s most relaxing albums, Soft Ice reflects its title with pillowed tones, an unhurried pace and an aural disintegration of time.  Angela Klimek’s meditation on a Cleveland winter is filled with love and acceptance.  To listen is to walk through a snow-covered town, leaving the first footprints, marveling at magical angles of shade and prisms of light; and to return home, rested and blessed.

Ester Vonplon + Taylor Deupree & Marcus Fischer ~ Lowlands (IIKII Books)
Vonplon’s frigid photographs, taken on a trip to the Arctic, are bound in a keepsake book.  Deupree & Fisher’s cold weather music is etched into vinyl.  The two are available separately or together, but they complement each other nicely.  While listening to the patiently plucked guitar or pointillist piano, one might muse on the subtle shades of blue and white that dominate the Arctic field.  While staring at the images, one might drift away like an iceberg, headed for territories unknown.

Rime Trails ~ Solstice (Shimmering Moods)
Earlier this year, Shimmering Moods released a trio of winter-themed albums on the same day, two of which are included here.  (The third is also recommended but stretches into spring.)  Solstice marks the first day of winter with the anticipatory tones of piano accompanied by the soft beckoning of church bells.  The season has just begun, but the invitation is clear.  Now is the time for peace.

Gallery Six ~ Vibrancy (Shimmering Moods)
The second Shimmering Moods album on our list is a soundtrack of flow, from seeming stillness to teeming activity.  The set’s early tracks are a reminder of the frozen world, while the later tracks are a reminder of the life beneath the snow.  The very word vibrancy hints at the contrast between the vast white and the splash of winter berries and birds.  Life is all around.

High Plains ~ Cinderland (Kranky)
The darkest album on this year’s list, Cinderland is meant to invoke images of an arduous winter journey.  The album was born in a Wyoming winter and inspired by Schubert’s Die Winterreise.  The lonely cello and sprawling backdrops speak of open fields and the cruelty of unrelenting cold, while the occasionally dark flourishes lurk like wolves or human predators awaiting their prey.

Soundwalk Collective and Francisco López ~ Khandroma (Oversampling Records)
The first side is slow and meditative, its chimes and gongs representing life in the world’s highest monasteries.  The second side is frantic and dangerous, its prayer flags caught in the whipping wind. Together they are yin and yang.  This love letter to Nepal is pressed on white vinyl, a round slice of winter that one can hold and hear and smell.  What started as an installation is now an immersive home experience.

Stuzha ~ Siberian Sketches II (Ksenza Records)
Even after moving from Siberia to the U.K., Stuzha has continued his love for winter music.  He’s been building to this set for nearly a decade, perfecting the track selection and amplifying the connection to weather and land.  “Into the Blizzard” and the “Winter Forest” triptych (both new) whisper of warmth while they walk into the cold.  Footsteps fall, hands are rubbed together, a fire crackles: there is safety here in the heart of the forest.

Snow Palms ~ Origin and Echo (Village Green)
It’s not just the name of the artist that makes us think of winter, but the emphasis on instruments associated with the season, in particular the glockenspiel.  Origin and Echo is a mallet album that coaxes brightness out of every hit.  From the giddy title track to the autoharp of “You Are Here”, Origin and Echo coaxes speed from the horses, but still manages to find time to appreciate the landscape.

Lullatone ~ Thinking About Thursdays (Self-Released)
Over the past few years, this child-friendly duo released a quartet of seasonally-themed EPs; in 2016 they released a song every week.  This year, they collected all 52 tracks and released them as Thinking About Thursdays.  The winter segment includes the beautifully ticking “a photograph from the day you were born”, the gently undulating “how frost grows”, the lullaby tones of “a blanket of snow spotted from underneath the blankets in bed” and the daydreaming “window weather”.  Lullatone’s season begins with scarves and pine cones and concludes when the last snowman melts.

This article’s cover image is Lullatone’s “studying a pine cone”, from Thinking About Thursdays!