Various Artists ~ A Light, A Glimmer 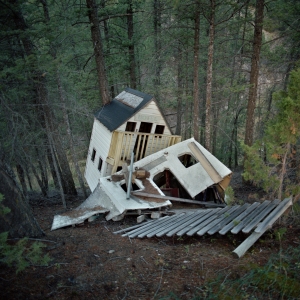 A Light, A Glimmer reads like a Who’s Who of ambient artists, two-thirds of whom we’ve featured on our site.  In addition to being a generous collection ~ 22 tracks over two CDs, nearly everything exclusive to this release ~ it’s also a fundraiser for the farm-based animal care facility Wishing Well Sanctuary, 45 minutes outside of Toronto.  Sheep, cats, pigs, cows, ducks and more are given a safe place at which to live out their lives.

The phrase “May Peace Prevail On Earth” is written on the sanctuary’s peace pole, so it’s no surprise that the music found here is peaceful as well.  It’s important to note that the cover image is only related to the sanctuary via the emotional implication of lives ripped apart and put back together; the title of the set is more indicative of the music therein.

It’s easy to let this music flow through one’s house and/or head without paying attention to the author of each piece.  The ultimate outcome is serenity.  Every track fits, which is a lot harder to do than one might imagine given a set of this magnitude.  This being said, a few selections begin to stand out after repeat plays.  Earlier this year, we were enamored by James A McDermid‘s Tonal Glints, so it’s great to hear him back in action on “Sere.”  The track is deeply textured, with field recordings woven deeply into the heart of its sound.  His prior work on Polar Seas, Ghost Folk, is also recommended.  Clara Engel first makes an impression with the title of “A Starfish Walking,” then extends the impression with acoustic guitar and wordless song.  One can imagine her singing to a frightened animal who has just been adopted by the sanctuary.  It’s only fitting that Rhucle follows her track with “Mass,” another piece dominated by field recordings, this time of nature and soft human activity.  poemme enchants by interspersing birds among her comforting chords.  Valiska‘s “Catnap” is reminiscent of a feline in a ray of sun.  These tracks suggest the possibility of a future compilation, one recorded at Wishing Well or (to keep costs down) via file exchange, using the sounds of the sanctuary and its residents.

Those who love animals and ambient music will find that A Light, A Glimmer is exactly what it says: a quiet display of hope and care in a place where it is greatly needed.  (Richard Allen)