This year has already been an eye-catching one for videogame music at large. Not only have the big industry releases come with surprisingly daring selections (Hammock for one disc of Far Cry 5, for example), but the indie scene has also visibly grown, showcasing an enormous range of composers working in myriad styles. That’s not even mentioning Joe Hisaishi, of Studio Ghibli fame, coming back to compose his second game OST – a triumph in and of itself.

It’s encouraging to see the ambition for videogame soundtracks continue to grow from both ends of the development spectrum, from AAA developers such as Ubisoft to indie studios seeking out talented and flexible composers. Our top picks for the first half of 2018 showcase examples from right across the spectrum – and all are available to stream and/or purchase at least digitally through official channels. Progress!

We at *Press A* are impressed by what’s already been released in 2018, and can only imagine what we’ll be treated to next; the busy season is still to come! 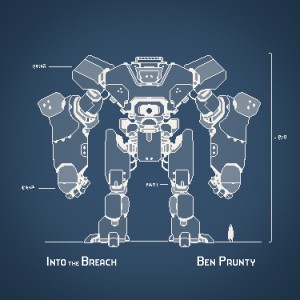 Ben Prunty ~ Into the Breach
A soundtrack that is not only for a tragic end of the world, but its eternal return. Under this premise, Ben Prunty has crafted a slow, engaging soundtrack made mostly with acoustic and electric instruments. It is the sound of our ruins, which in its avoidance of straightforward electronic elements paints an altogether different and memorable soundscape than most other games with a similar theme. String melodies and harmonics wash away in electric guitar delay, with tracks like “Pinnacle Robotics” sounding like a dramatic version of a Maserati track. The tone is low-key hopeful, fully in the knowledge that your enemy is destiny, and that your defiance is but another name for failure. That’s why it’s an apt mixture of late post-rock techniques dominated overall by the retro-futuristic psych moodiness of bands like Zombi, underlined by the quiet, almost whispering harmonics produced by melodic clashes like those of Esmerine, as in “The Wasteland”. An overall meditative, slow-burning success for the first half of the year. (David Murrieta Flores)

DVA ~ Cherries On Air – Chuchel OST
Czech band DVA return to videogame music after their impressive work on Botanicula (2012) – and what a return it is. They brought their utopian, naïve folklore to the context of a game that’s meant to be like watching a (particularly strange) kids’ cartoon about a ball of fur whose sole desire is to eat a cherry, of which he is continually deprived by a mean, omniscient hand. The OST itself is part of a game, as if it was a radio/podcast set by the titular character and his little rat-armadillo-something-like friend Kekel. It’s full of parody styles pointed out by the names of the tracks, like the happy-sad electropop of “CHVCHLS” or the silly trip hop of “CHUCHLMN ft. Kek-L”. Don’t worry, it’s not one of those forgettable ‘parody’ albums – it’s outsider music at its best, full of weird counter-intuitive twists and turns that are nevertheless brilliant, unhinged from any sort of traditional rationality of how this sort of music should be like. It’s worth to remember that DVA was invited once to play live on legendary WFMU, and that tracks like “Buena Vista Chuchel Club” and “Nino Chuchel” make the case for unbridled, child-like passion turned into a musicality so full of joy it’s impossible not to listen and smile. With music like this, who wouldn’t fall in love with a crew like this? (DMF)

fingerspit ~ The Red Strings Club
Suffused with a sense of intrigue and mystery, The Red Strings Club soundtrack succeeds in conveying the retrofuturism of the game, a narrative adventure that poses questions about identity and morality. Starting with a simple piano but soon adding synths, crunchy guitars and electro drums, Spain-based composer fingerspit evokes the smokey cyberpunk setting with a thoughtfully sequenced series of tracks, starting with an amorphous first third dominated by atmosphere and bereft of beats (the highlight being the faintly unsettling “Who Makes the Rules”). Rhythms gradually encroach, first from guitars and then beats, adding backlights of post-rock and synthwave (typified in set highlight, the laid-back “Marketing Director”). The dark, industrial “Occult Synth” marks a final transition, as the influence of trip-hop spreads like neon-tinged vapor over the set. Nudging 90 minutes, The Red Strings Club offers plenty to occupy you, and is a lovely place to spend a smouldering summer’s eve. (Chris Redfearn-Murray) 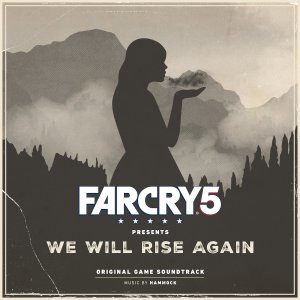 Hammock ~ Far Cry 5
Praised as an accomplished yet merely iterative addition to the Far Cry franchise, Far Cry 5 nonetheless typifies large developers’ growing ambitions for their big-game (“AAA”) soundtracks. Ubisoft released three digital albums from different artists for its latest open-world shooter, the finest – and perhaps most surprising – of which is from Hammock. The long-running ambient duo were tasked with reimagining pieces of the game’s main, industrial-tinged score by Dan Romer, and incorporated elements of the choir-based third set. Hammock overlay string, electronic and choral elements atop their reverb-drenched guitar and piano core to produce a dreamy ambient Americana that, to quote the duo, holds ‘genuine moments of melancholic beauty’. Those aware of the game’s conceit will be able to reframe its soothing embrace, rendering lines such as “Oh the bliss will set you free” in more sinister colours. For those blissfully unaware, Hammock have nonetheless created a legitimate and lovely set that merits the time of all ACL ambient/modern composition fans. (CRM)

Jesper Kyd ~ Warhammer: Vermintide 2
Jesper Kyd’s latest soundtrack is quite possibly one of his long career’s most interesting, in great measure because of the stylistic diversity that in the hands of less able composers would sound like an eclectic mess. Kyd builds up this music for a dark fantasy setting (another end of the world!) in the weird, off-putting conjuncture of noisy electronics mostly reminiscent of industrial music, gothic string arrangements, polyrhythmic percussions and a horror movie aesthetic that includes both screeching ambient and fun, “ritualistic” chanting. While for the most part it energetically pushes the listener forward into a soundworld of grinding, gory violence, it also takes excellent care to work out the details in a complex harmonic mix meant for terror, the strings blistering amidst dissonant chorus sequences and electronic noise: this apocalypse is not just ‘dark’, it is downright eerie. It is a soundtrack that overwhelms the senses, that even at its slowest is an attentive exercise in grasping your emotions by the throat, full of so many details it’s worth more than just a couple listens. (DMF)

Joe Hisaishi ~ Ni no Kuni II: Revenant Kingdom
Ni no Kuni is a Japanese RPG franchise with direct ties to Studio Ghibli, both musical and visual. Although the seminal animation studio was not involved in Revenant Kingdom directly, its most favoured composer Joe Hisaishi retained soundtrack duties – and the result is as glorious as you might expect. With the game so sprawling, the composer makes prominent use of an infectious “main theme” to tie different modes and locations together. Far from repetitive, the different cloaks in which the theme disguises itself – varied instruments, timbres and rhythms – make each recurrence a joyful one. In pieces such as “Adventure Begins” does Hisaishi evoke the magical realism of his most famous soundtrack, Spirited Away, while the more subdued, Romantic “Hydropolis” has a touch of Nino Rota’s Godfather scores. Elsewhere, electronic incursions present a more-modernist approach, while prominent orchestral rhythms lend either militaristic urgency or jauntiness to proceedings. Dynamic and colourful, the Revenant Kingdom OST is vintage – yet progressive – Hisaishi. (CRM) 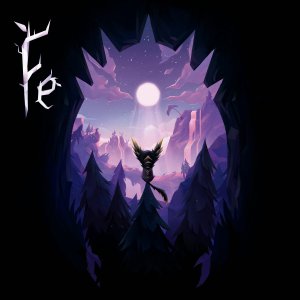 Joel Bille ~ Fe
Indie title Fe received the backing of publishing giant EA, so garnered a fair bit of attention around its February release – especially due to its colourful, low-poly aesthetic. The soundtrack unifies modern composition and ambient, but deliberately lurks in the shadows for much of its 50-minute duration. Melodies are transient and don’t aim for the heart directly. With the game deferring to player agency over narrative guidance, composer Joel Bille sought to not interfere with its focus on exploring the fantastical forest, not wishing to impose pictures on purposefully blank canvases. This is not to say that the soundtrack lacks detail. Whenever the celestial synths and drawn-out, spacious cello lines draw your gaze upward, intricate bell and chime sounds and string effects conjure the sense of scuttling life beneath you. When these details gain frenzied prominence, as in “De Tysta”, the wonder makes way for unease. But at its heart Fe is a thoughtful, calming score that succeeds in, as Bille explains, ‘trying to touch something subtle yet sublime’. (CRM) 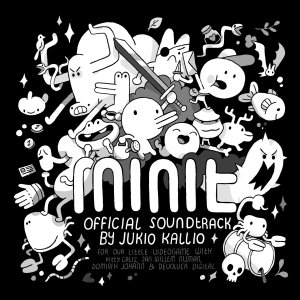 Jukio Kallio ~ Minit
Japan-raised, Finland-based Jukio Kallio has many game soundtracks and personal EPs to his name – but confesses to not having the attention span to do an LP. What better game for him to soundtrack, then, than one in which you die every 60 seconds? Strangely, in fact, Minit features retro-style tunes up to three or four minutes long, which the electronic composer reveals were inspired mainly by Koji Kondo’s seminal work on Nintendo’s Zelda: Link’s Awakening (1993). With infectious, looping melodies formed of lo-fi synth patches and a smattering of acoustic layers, these tracks will bury themselves in your consciousness for far longer than the protagonist’s life expectancy. What really raises a smile, though, is the ‘jukebox’ selection of MIDI-esque genre tracks, each around 40 seconds long and highlights of which are the panpipe-laden “Happy Hardcore” and pummeling snare-driven “Black Metal”. A brief gem. (CRM)

Lena Raine ~ Celeste
Lena Raine’s OST might be the most traditionally ‘videogamey’ in the list (even more than Dandara and Minit), and yet it is remarkable, mostly because it draws upon a sharp, classical sensibility for Romantic piano pieces and proceeds to electronically build up a modernist framework around it. Not in the “electro-Mozart” vein (thank the elder gods), but in a truly synthetic manner that potentializes the expressive core of the piano, all the while its electronic elements elicit a more bodily response. Tracks like “Checking In” illustrate this achievement well, flowing from melancholy to heroic determination without a hitch, from the meditative tones of the piano to the beat-driven sway of action. What makes Celeste even more special, however, is that this is not a one-dimensional movement: tracks like “Golden” portray the expressive possibilities of electronic music, with interesting tonalities developed over long durations, the piano acting as support. It might be too early to say that Celeste is one of the year’s best, and yet, we feel confident that it’s decisively earned its place there. (DMF) 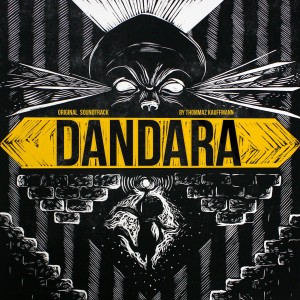 Thommaz K ~ Dandara
If there’s a ghost that haunts the world of videogame music, it’s that of Yasunori Mitsuda’s Chrono Trigger (1995). Leaning more towards Impressionism than the heroic Romanticism of many of his peers, he was able to create a melancholic, orchestrally (in synths, of course) melodic kind of sound that proved beautifully heart-felt. New soundtracks, like zircon’s Tangledeep and Thommaz K’s Dandara, draw on that well of inspiration to produce tracks that feel like a nostalgic visitation, albeit the latter does manage to bring new life to the style. By means of distinct instrumentation, from chirping bells to flutes and strings and shimmering electronics, Thommaz K dials down the bombast to focus solely on the emotional universe of unconventional harmonics, like the percussion in “Once a Beautiful Horizon”, which gives a remarkable sense of depth to an otherwise simple composition. It’s an impressionist’s take on OSTs, ambiguous even at its most focused, compelling and personal instead of aspirational and mythical. The resurgence of styles like these might not be, after all, a bad thing at all. (DMF)