Sebastian Mullaert with musicians of the Tonhalle Orchester Zürich ~ Natthall 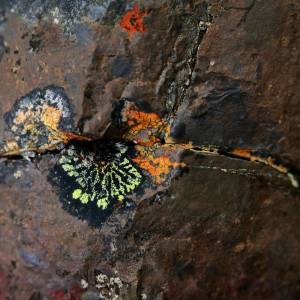 Astute readers may have been wondering whatever happened to this album, which we called “one of the season’s sweetest surprises” back in March.  Originally slated for release on April 3, the album became a victim of the pandemic and was shuffled all the way back to September 18.  If anything, the delay has helped us to embrace the dual themes of nature’s majesty and the changing of seasons, inspired by the views of Sweden’s Natthall, which overlooks the Rönne river.  One can see the shifting seasons in the accompanying videos, and appreciate the new release date in the hinge between summer and autumn.

Just as the seasons flow together in a seamless fashion, so do the techno leanings of the artist and the modern chamber stylings of the Tonhalle Orchestra Zürich.  Natthall expands on their shared concert experience.  One can imagine the view from the ridge, the combination of excitement and calm, reproduced here for a home audience.  The title of the opening piece, “Living Invitation,” says it all.  The wild beckons: a familiar siren cry to those who have been locked in during the pandemic, as well as those who have been having a hard time saying goodbye to summer.  Each season has its own beauty, as restive as the harp of Sarrah Verrue in the opening track or as energizing as the first emergence of the drums in the second ~ akin to the first buds or the first snowfall, depending on the time of year.

The title “No Words for a Beautiful World” emphasizes the breathtaking power of awe.  What seems like a club piece waiting to explode instead breaks into a sweet symphony of strings.  The percussion never vanishes, but waits patiently like the color beneath the surface of a leaf.  Can two opposing thoughts occupy the same space?  Mullaert seems to say yes.  Nature may be lovely, but it can also be deadly, as those fighting wildfires have already seen this season.  And yet, those living in the sooty orange glow have also received this vision as beauty.

“Ascending of a Spotless Bird” is the beatless center of the set, the calm before the (quiet) storm.  But perhaps it’s more proper to call the pulse a heartbeat.  While adopting the form of techno, “Views of Natthall” is less a club track than a soul-seeking track.  One can dance, but one need not; the range of possible reactions is as fluid as the synthesis of sounds.  “Woods of Admittance” is the album’s most club-friendly cut, but even this is pensive, thanks to clever cello that commands the attention late.

The album ends in elongated, meditative tones.  If Mullaert ascends the ridge in a state of distress, he descends in a state of peace, and offers the same transformation to his listeners.  (Richard Allen)