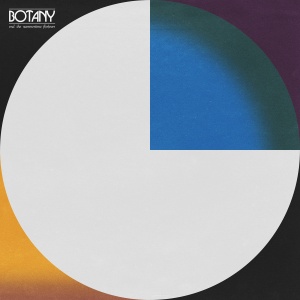 Today is the first full day of fall, the perfect day to play End the Summertime F(or)ever.  On the surface, it’s easy to receive this sardonic mixtape as a commentary on the end of the season, but underneath, it’s so much more.  The words heard as “the end of summer in the United States” are actually “the end of summer and the United States.”  Even before the pandemic, the protests and the politics, Botany (Spencer Stephenson) saw the rhetoric overheating, the globe warming, and his home state of Texas enduring an elongated physical summer that exacerbated all the other conditions.  So while it’s easy to race down the open highway, spewing carbon, windows down, yelling, “May the summer last forever!”, Botany is really saying, End the Summer Fever.  End the boiling rhetoric, in which every statement is “the most egregious statement in history.”

Stephenson sees through it all ~ or rather, he saw through it all before it unfolded, an impressive feat.  Dressing the political commentary in intricate curtains of hip-hop and dance makes it all palatable, even appealing, in the same way that the evening news becomes bearable when received through the lens of a late-night comedy show.  The word “summertime” pops up sample after sample, and is even included in the closing statement (“Summer is really and truly over”), cementing the LP as a concept album.  But it’s also a great party set, a smooth-sailing journey across an ocean of styles and tempos, preserving the listener’s curiosity through volume and variety.  These sixteen tracks flow as one, with no apparent track breaks.  Spoken word punctuations are frequent, yet brief.  Botany keeps vibe and commentary aloft from beginning to end, a rare feat.

The artist who broke through with Lava Diviner (Truestory) in 2013 has experimented with many styles since then, taking some left turns along the way.  Winter’s Fourteen 45 Tails underlined the fact that no matter what the genre, he’s never strayed from his love for vinyl.  End the Summertime F(or)ever is his most definitive statement to date, his Since I Left You.  But unlike Avalanches, he’s built his way up to this point, instead of starting this way and (pun intended) trailing off.  Most importantly, the mood of his production battles its subject.  The world may be overheating, but Botany remains optimistic.  By the time his son is old enough to comprehend the news, he hopes that the world’s fever will have started to subside.  (Richard Allen)